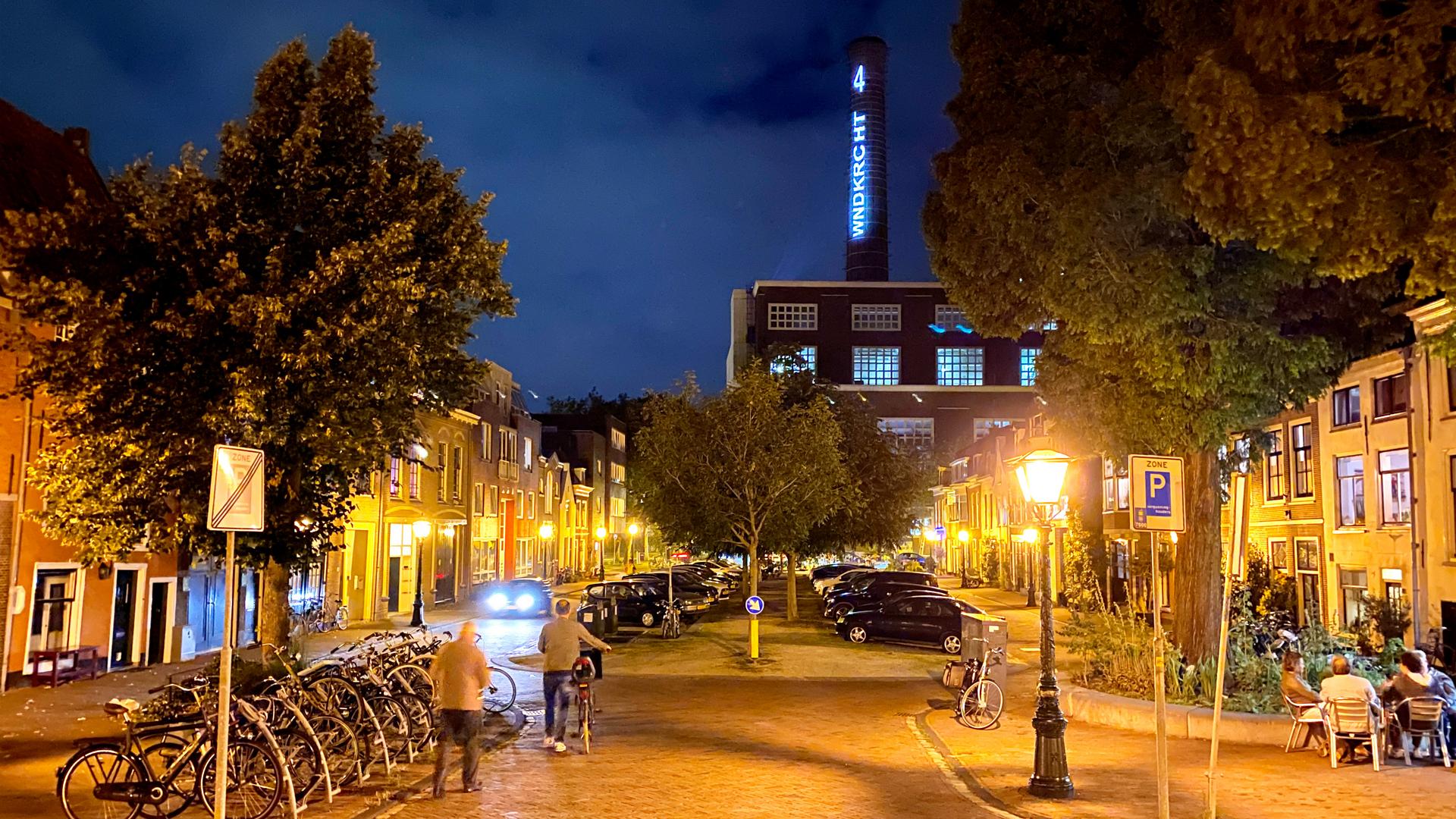 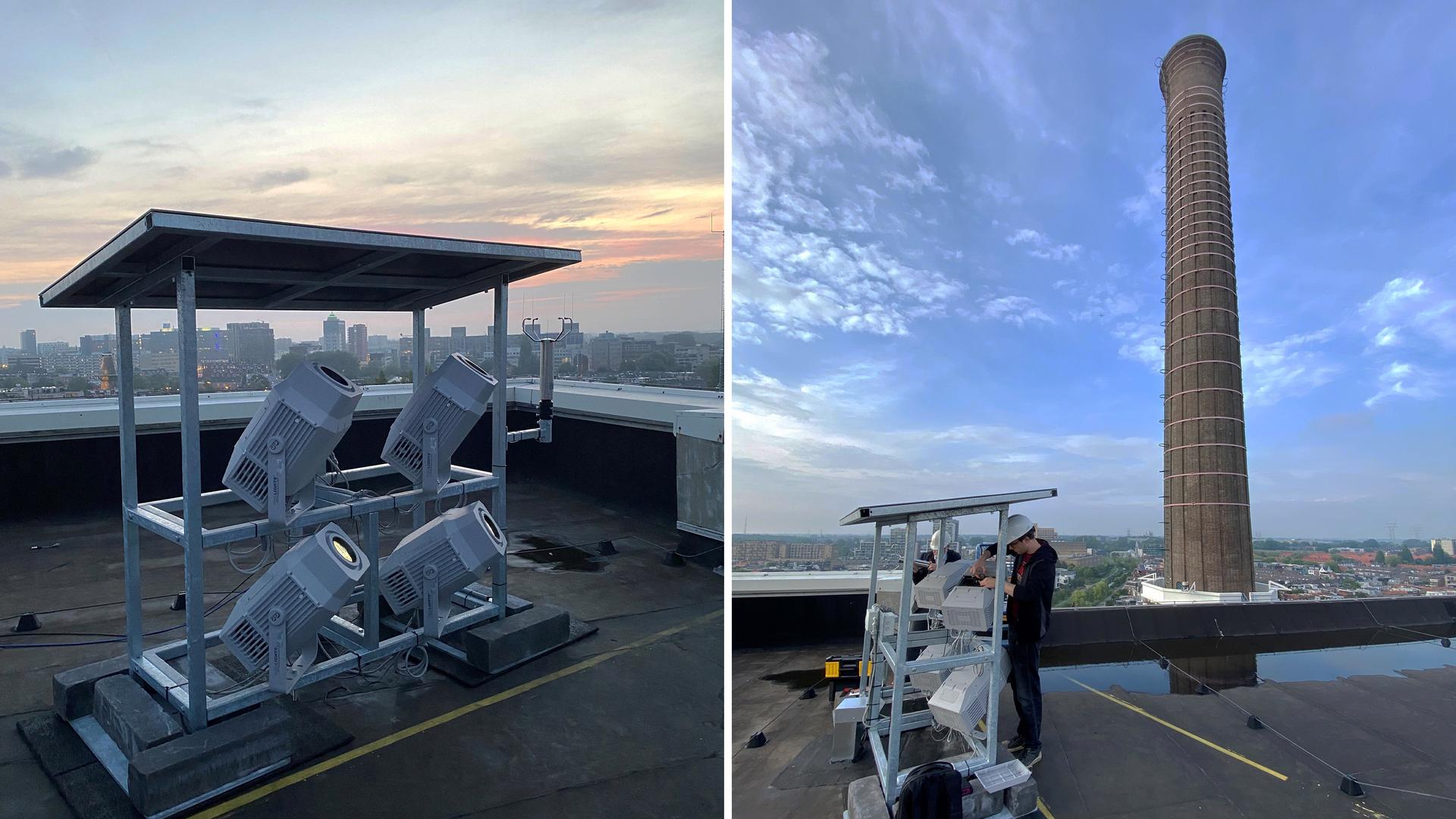 The municipality of Leiden in The Netherlands along with energy company Uniper joined forces to light up an 80-meter-high chimney using the PROLIGHTS' Mosaico XL fixtures, 540W IP66 image projectors with CMY and framing shutters. The weatherproofed units were installed on the roof of the Uniper power station and operate during the evening, projecting the wind speed onto the chimney.

Full AVL Distribution, a Dutch audiovisual distributor and PROLIGHTS' exclusive partner in The Netherlands, was asked by Carlo Görtjes of L&G Trading to advise on the desired projection. “We were asked to project a 20-meter-high image at an angle, from a lower point,” said Patrick Leijten, Director of Full AVL, adding: “It wasn't an easy task! Due to the increasing projection distance and the desired intensity, a well-developed plan had to be drawn up. After an initial test setup, we chose 4x PROLIGHTS Mosaico XL fixtures to provide the projection. By first making a measurement with so-called "grid gobos", the necessary corrections could be determined. In the final gobos, the beam angle and the curvature of the chimney were corrected to create a straight representation of the letters WNDKRCHT.”

Peter van Oosterhout, creator of the artwork and policy officer at the municipality of Leiden, was very satisfied with the result. “During a tour of the city, this unique landmark can be seen from all kinds of places. It immediately generated positive reactions from people on the street,” said Peter. Maurice Hoekstra, advisor at the municipality of Leiden, adding: “The collaboration with L&G Trading and Full AVL Distribution was very pleasant. The result is exactly as we envisioned.”