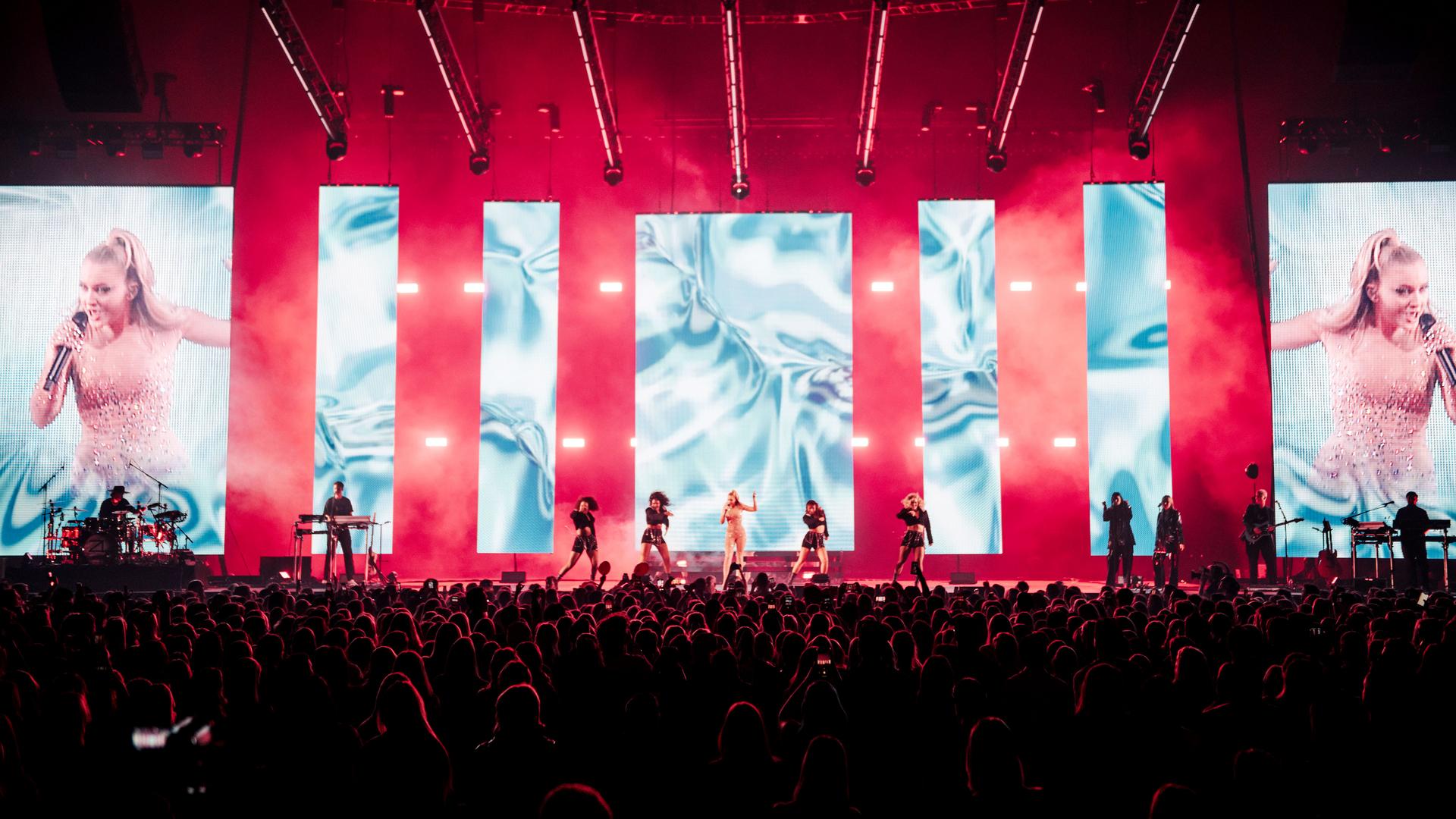 Swedish singer Zara Larsson put a series of concerts in Scandinavia at the end of 2021, filling up arenas like the Avicii Arena in Stockholm. The Poster Girl tour was announced following the debut of her latest album. Larsson has been a success in Sweden since age 10 when she won their version of Britain's Got Talent - her success has been noticeable internationally, with several successful albums and sold-out tours.

Aiding to the success of the show was Lighting Designer Anders Heberling, who had worked with Larsson before: “We did 4 shows in total”, said Heberling when asked about the tour. “We had approximately 40 PROLIGHTS SunBlast 3000FC fixtures in the rig, with a few spares around. They were used as effect strobes and a colour wash for the entire stage. The wall of Sunblast 3000 FC behind the narrow video panels would light the "negative space" between the video panels.”

Anders' right-hand partner, lighting programmer Isak Gabre, commented on his favourite features of the units: “The brightness and overall punch! Another great feature were the effect macros. In a fairly low channel mode, they were very versatile, and could easily be programmed in time with the music.”

When asked about the overall experience with the fixtures, Isak said: “The SunBlast was great to use! The cleverly built-in FX engine was fun to use since it offered indexable FX-patterns and not just continuous rotating effects. That gave us the opportunity to put a lot of creative FX looks on marks and bumps.”

Finally, Anders added his feedback regarding PROLIGHTS as a manufacturer: “The SunBlasts are sturdy products, and I was impressed with PROLIGHTS' interest in listening to our feedback on their products, and to make them even better than they already are!”